Here's a closer look of Disney Doorables Series 8 collector's guide, and some more series that I found throughout my internet travels.

For Disney Doorables Series 8, there a few new changes! First, some special edition Disney Doorables for Series 8 will be scented, and I am dying to get a whiff of these Doorables. Will Tiana smell like freshly cooked beignets? Will the Caterpillar from Alice in Wonderland smell like smoke or a mushroom? We will be finding out soon, I would say by June 1, 2022 for the US.
There are also a large range of classic Disney and Pixar characters in this series. You will also notiver that there are baby Disney Princesses in this series. Each one has a distinct accessory with them that is reminiscent of their character and childhood or lack thereof.

The box is really colorful and is giving me Disney Tsum Tsum vibes - it's very pink and bubbly for the Multi Peeks, and for the Mini Peeks the over all colors are blue neutral tones. The Mini Peeks also got a really cool facelist -- no more little house, Just Play changed the packaging to be a peel and reveal surprise. I actually like this better, and the bottom part of the actual package is opaque, so you may not be able to see if you have two or three Disney Doorables inside. Keep in mind Just Play Products codes their mystery toys, so you rarely get duplicates. 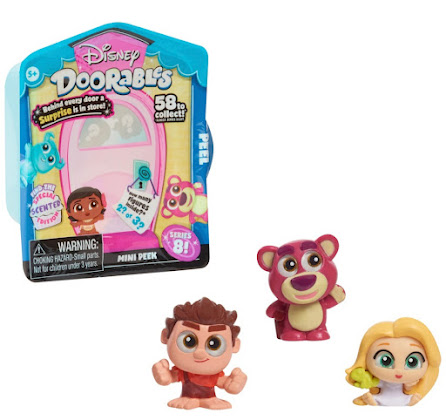 Check out Baby Rapunzel! She has a baby Pascal plush with her too! 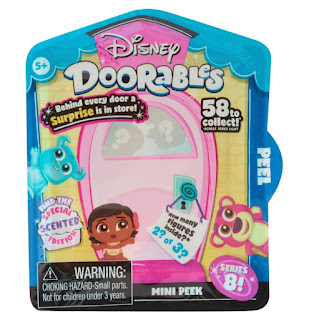 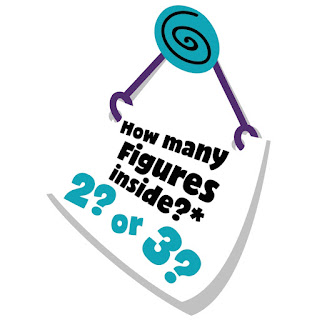 Also, check out the latest new additions that could also be released alongside or a little bit after than Disney Doorables series 8 release.

There is a series called Disney Doorables Let's Go. There will be an Around the World Multi Peek where our Disney Doorables are going on vacation. Dumbo seems to be wearing 3D glasses, and Genie has visited France. 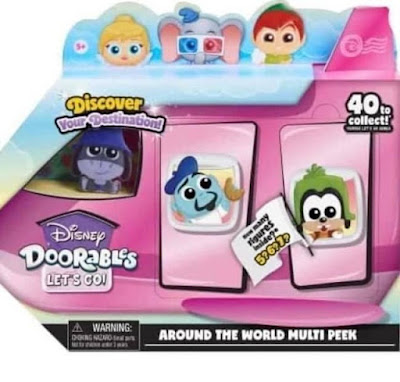 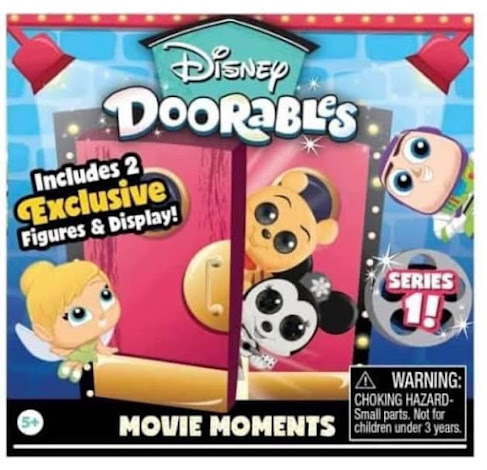 Perfect for the holidays is the holiday themed Disney Doorables Collection Peek that includes eight figures, and it is Mickey's Christmas Carol themed. I am so stoked for this series because this is my all-time favorite Christmas movie to watch. I would guess the eight characters included are Ebenezer Scrooge (Scrooge McDuck),  Jacob Marley (Goofy- most likely in chains and as a ghost), Bob Cratchit (Mickey Mouse), Ghost of Christmas Past (Jiminy Cricket), Ghost of Christmas Future (Pete), Ghost of Christmas Present (Willie the Giant), Tiny Tim (Morty Mouse), Mrs. Cratchit (Minnie Mouse), and possibly Isabelle (Daisy Duck) as the additional mystery figure. 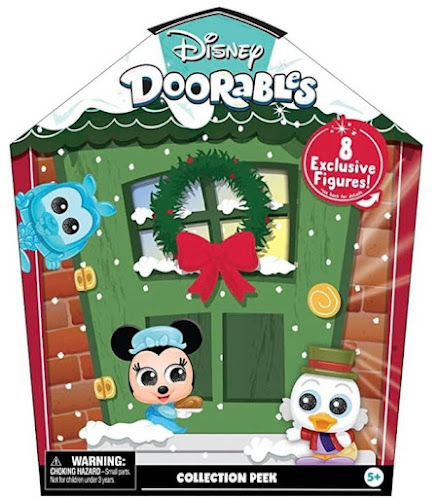 What do you think of the new series that are slates to come out?
I pulled these images from Smyth's Toys and Reddit posts. All opinions are my own. I am a series Disney Doorables collector, and I have been collecting since the original series one.
Tiffany (Play, Live, Repeat) Tiffany - May 18, 2022