Fans of Gabby’s Dollhouse are going to be able to be just like Gabby! With a pull of her cat ears, Gabby get whisk-ered away into an adorable world of cats! Cats that have different traits and personalities that give Gabby all sorts of ideas to craft, pretend, and play!

The show Gabby’s Dollhouse is on Netflix, and also just announced another season streaming on August 10, 2021! My sons love this show, so it’s definitely perfect for boys and girls to enjoy. Heck, I enjoy it! Gabby is adorable, and so are all of her little friends like Mercat, Cakey, Pandy Paws, and more. Gabby goes on adventures and solves mysteries, crafts, and more with her cat friends. The world of Gabby is cuddly cute!

Spin Master is also bringing the world of Gabby’s Dollhouse into the toy box with a whole new line of toys coming out very soon! The line will feature playsets, figures, plush, games, and even puzzles! See images below!

I have a bunch of fun crafts coming to curb summer boredom, but here’s a sweet treat to kick it off: Gabby’s Cat Paws recipe can be found on the website, but it’s not really that kid-friendly. I made it super easy by skipping many steps by just using Pillsbury Cinnamon Buns! For a bit of a kick, I added in some Cinnamon Toast Crunch Cinnadust. I made this so quickly, then I made it again with my kids, and they loved it! 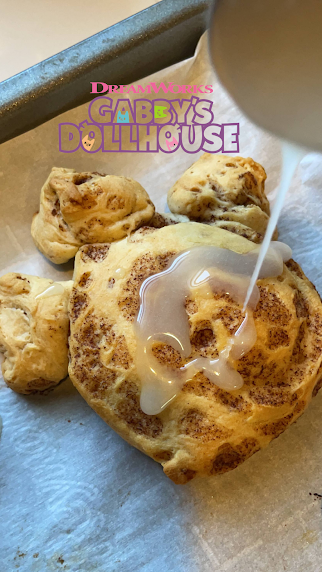 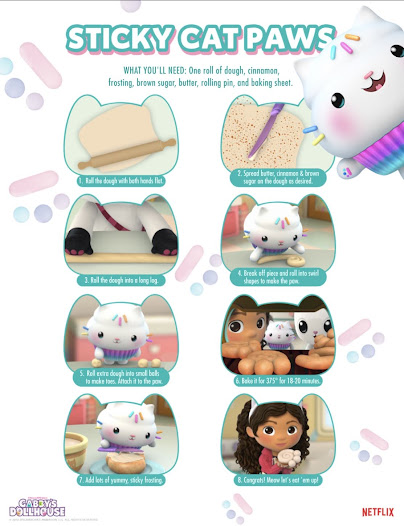 To make the Gabby’s Dollhouse Cat Paws all you need is the following:

Add extra spice to make you feel like you’re baking, I added a pinch of Cinnamon Toast Crunch Cinnadust!

Separate each bun, and squish it down a bit. Then sacrifice one bun for the claws by rolling into little balls and attaching to the paw. When they’re baked, they look great! Bake per instructions, and then cover in icing. In this part, the kids can get it involved! Make them festive like Gabby and add some sprinkles or even some chocolate chips!

The Cat Paw buns were a hit with my sons, and they were so easy to make. 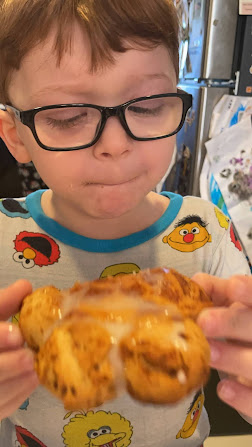 The crafts that Gabby makes are super sweet and cool, but the toys are going to expand pretend play even more. Back in 2019, Spin Master worked out a deal to become the master toy licensee for the show. Earlier this year, Spin Master announced a full line including our beloved Gabby and all of her purrfect friends! The toys are so much fun, even the packaging has evidence of kitty-tastic design! I love it from my kitty ears to my kitty toesies!

A pinch on my left and a pinch on my right grabs Pandy's paw and hold on tight! The new Gabby's Dollhouse Magical Musical Ears are going to be a hit as they are the way that Gabby's goes into the magical world of cats. 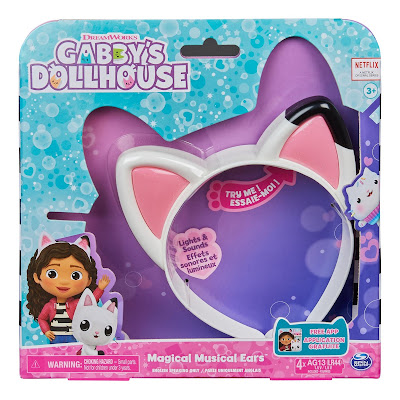 Gabby's Purrfect Dollhouse will most likely be the hottest toy of holiday 2022! With multiple levels and 360-degrees of play, this the best toy from the line! Pinch your cat ears and step inside this amazing world from Gabby's imagination! 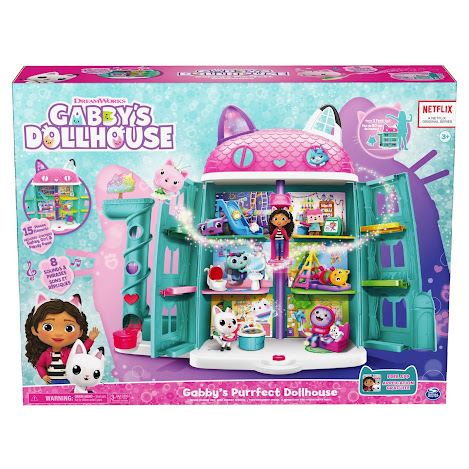 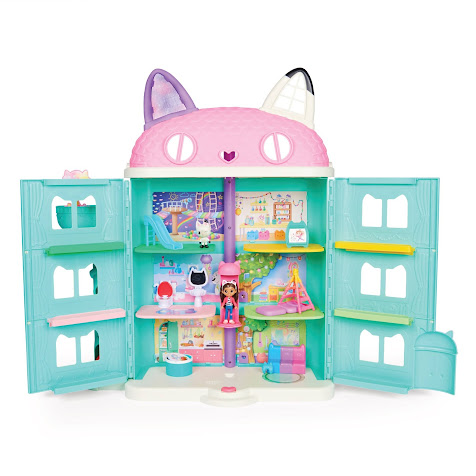 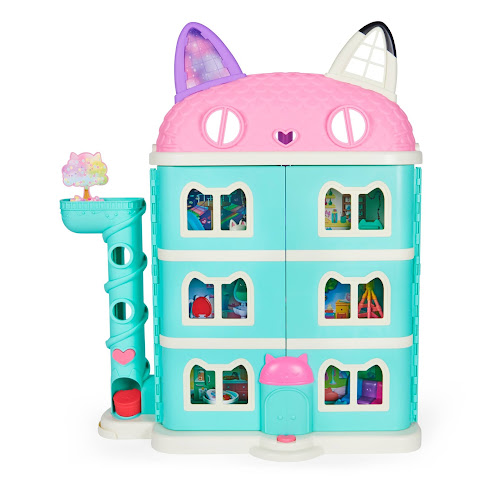 Get cute in the kitchen with Cakey! The Bakey with Cakey Kitchen set will go purr-fectly with the Gabby's Ultimate Dollhouse! 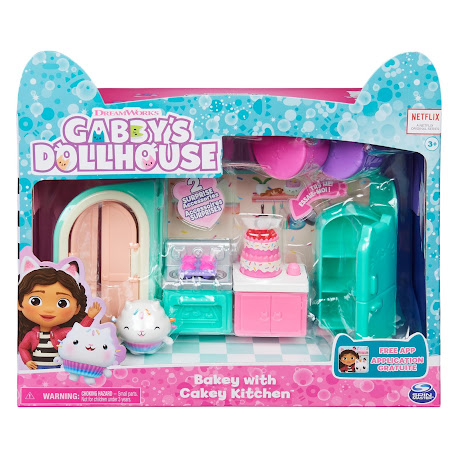 Have a spa day with Mercat! Mercat Primp and Pamper Bathroom is a colorful playset includes a mini vanity, Mercat relaxing in her spa day best, and more adorable features to help promote a relaxing day of pretend play! 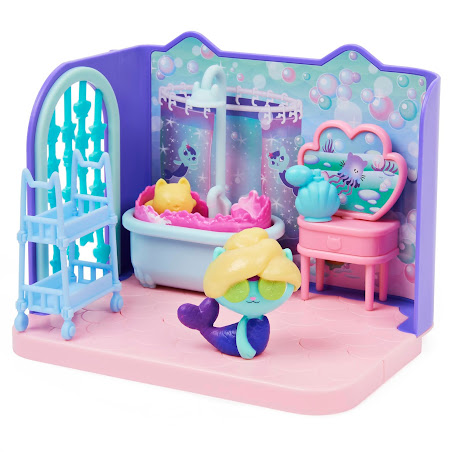 Pillow Cat Sweet Dream Bedroom is a colorful room that's just the ticket for a restful night's sleep. Decorated in a rainbow of colors with dreamy kitty cat cloud wallpaper, this set is just super cute! I love all of the kitty details just like Gabby's own bedroom! 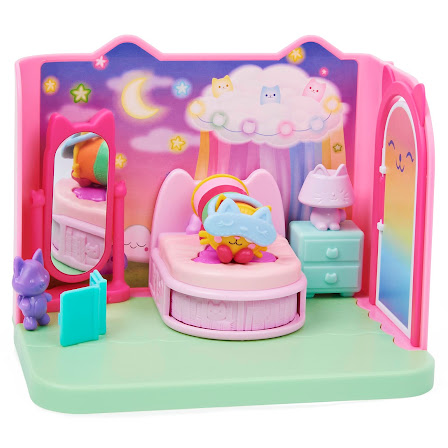 I have since purchased some sets and have unboxed them on my YouTube channel. Here are the shopping links to the Gabby's Dollhouse toys. 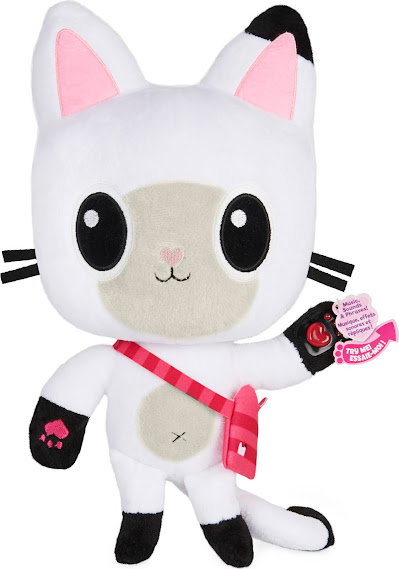 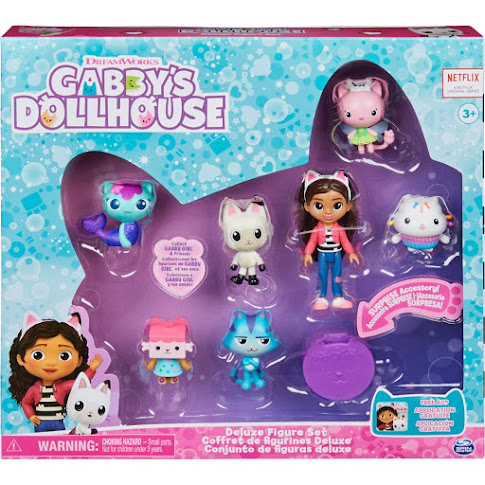 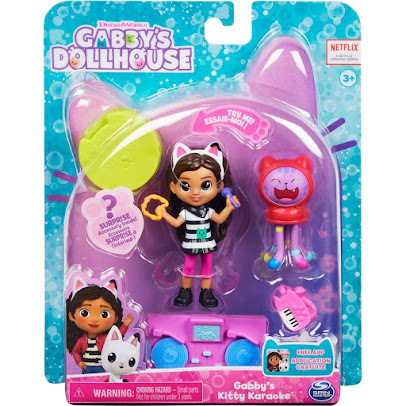 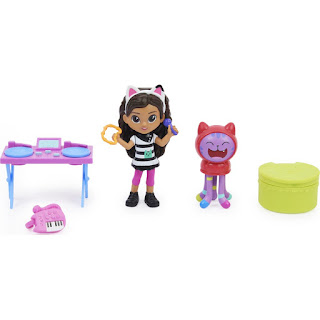 Music Ears with Sounds and Phrases (must-have for role-playing!), Walmart $12.88 | Note: You may have to buy this in store. 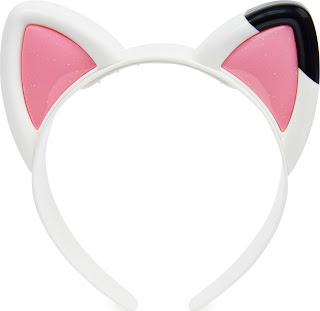 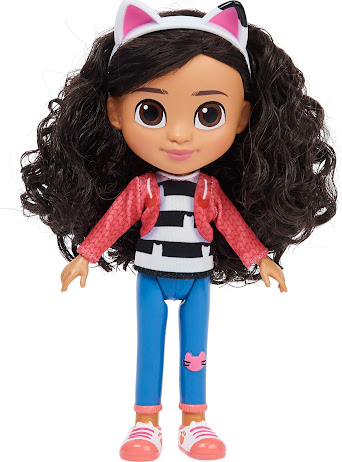 What do you think of the new Gabby’s Dollhouse toy line by Spin Master? I think it is cat-err-ific! I don’t have enough cat puns to share the excitement! Stay tuned to my socials for the unboxing videos on my YouTube and more Gabby’s Dollhouse-inspired crafts and recipes!