Now LEGO Minifigures can do their own stunts with LEGO City Stuntz!
LEGO announced the release of a new division of LEGO City further adding to the storyline coming this Fall 2021.
Featuring 10 new LEGO sets like a Stunt Arena, a Stunt Park, and lots of stunt bikes with different themes like Rocket, Chicken, Fire, Selfie, and more! Kids can connect the sets to create a huge stunt park featuring ramps, obstacles, interactive stunt bikes, a ring of fire made of LEGO flames to soar through! The LEGO stunt bike has a flywheel that can be activated to help with the stunt performance! 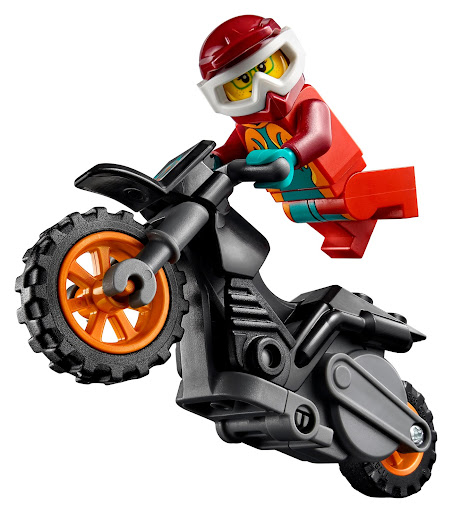 Budding LEGO builders ages five and up will delight in the stunt storyline where the possibilities of play are wildly endless! 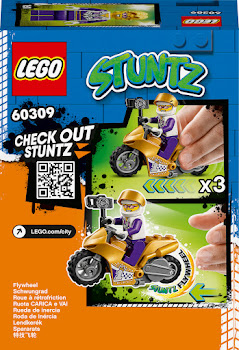 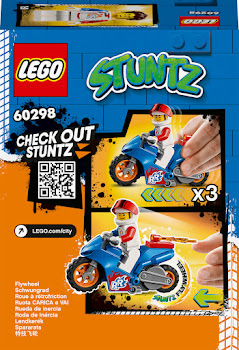 The box art for each set is fun and just wild! The text is off center, there's splotches of spray paint on the box, and the STUNTZ text is bubbly! I love it! The box is a lot of fun, and is telling of how much fun awaits inside. With articulated LEGO minifigures to pose, you can create a whole new world of play. 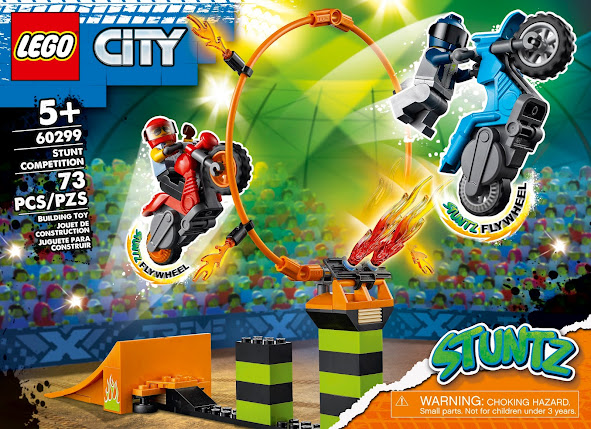 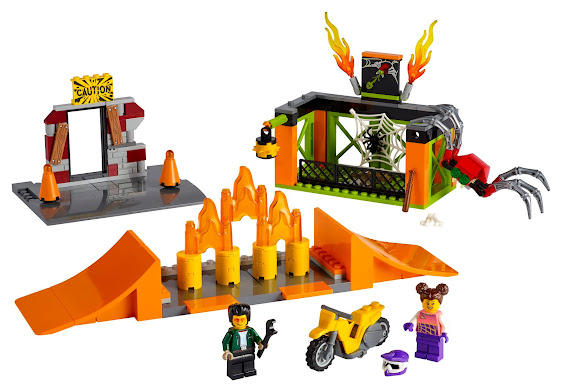 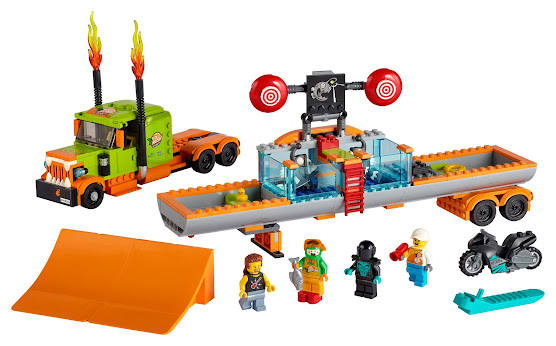 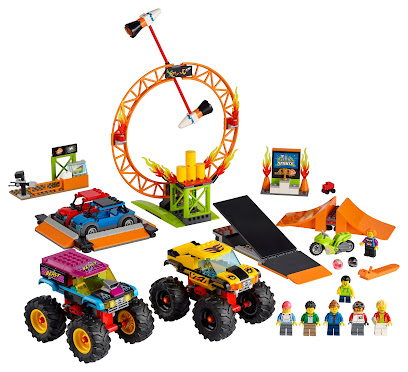 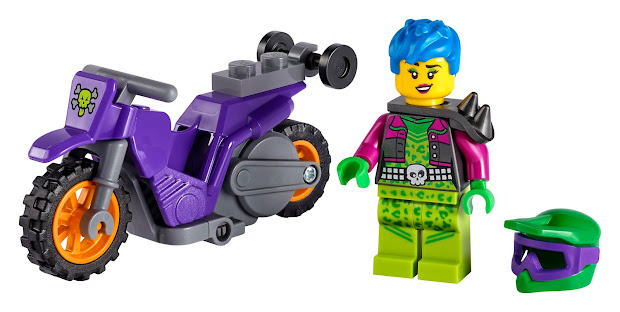 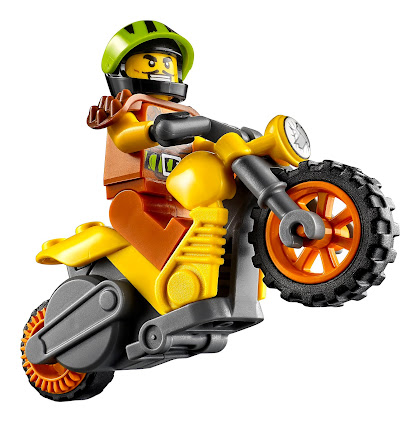 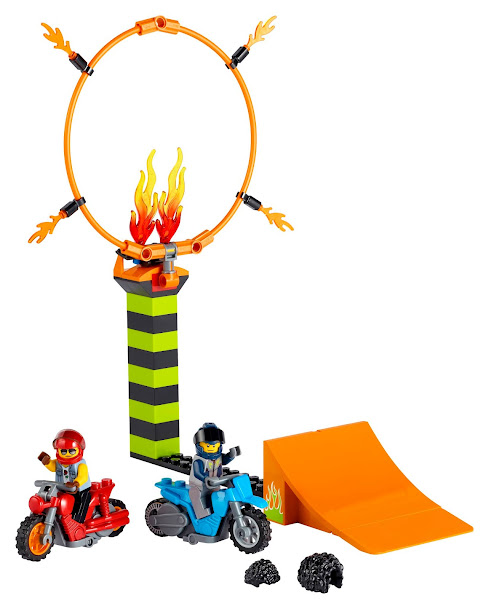 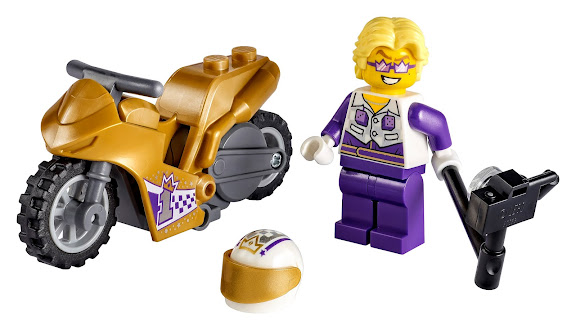 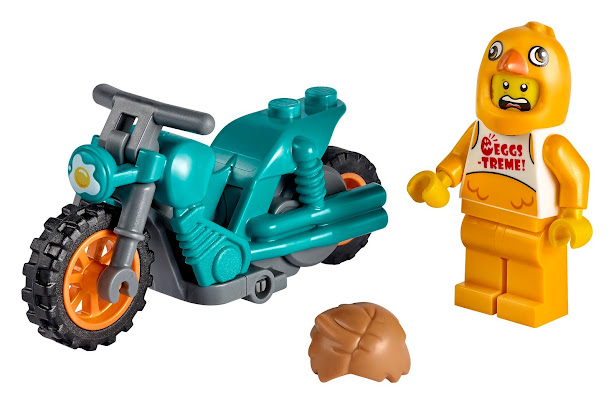 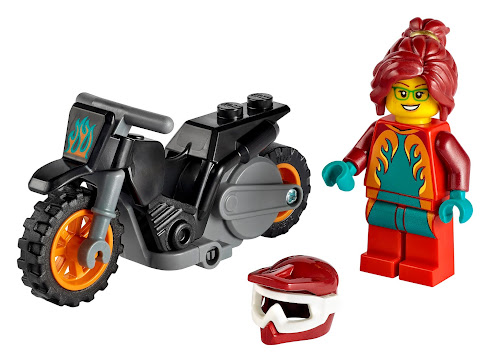 About the LEGO Group

The LEGO Group’s mission is to inspire and develop the builders of tomorrow through the power of play. The LEGO System in Play, with its foundation in LEGO bricks, allows children and fans to build and rebuild anything they can imagine.

The LEGO Group was founded in Billund, Denmark in 1932 by Ole Kirk Kristiansen, its name derived from the two Danish words LEg GOdt, which mean “Play Well”. Today, the LEGO Group remains a family-owned company headquartered in Billund. However, its products are now sold in more than 130 countries worldwide. For more information: www.LEGO.com

This post may contain affiliate links! If you purchase through any of my shopping links, please let me know, so I can personally thank you. Your support means so much and helps me run my blog and support my toy habit. If you love collecting toys and have Peter Pan-syndrome, let's be friends. Follow me and subscribe to me on YouTube, Instagram, Twitter, Facebook, Tik Tok, and Pinterest!
- August 24, 2021 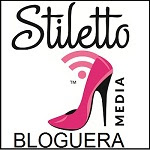 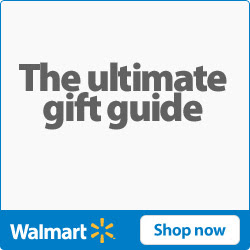